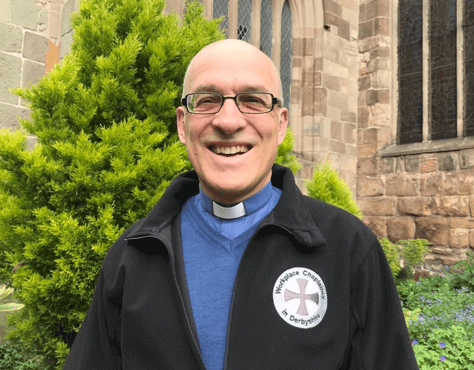 I am the Vicar at St. Peter’s in the City, in the centre of Derby, and was appointed in February 2009. However, this is a far cry from where I grew up and the direction I might have taken – for I’m Jewish, from North London, and went to synagogue but never church!

I became a Christian as a teenager, studied Theology at John’s College, Nottingham, was ordained in 1980, and served curacies in Billericay and Luton before being appointed Adviser in Evangelism for Southwell and Nottingham Diocese in 1989.

In 2002, my wife and I joined Christian Associates, a European church planting organisation, where we led the training and evangelism. When we felt the time was right to transition to local church ministry, we moved to Brussels to join a church planting team. It was during this time that I sensed a fresh call to ministry once again in the Anglican Church.

One of the highlights of our time in Derby has been starting Derby City Centre Chaplaincy (DCCC), which provides chaplains for retail, education, entertainment, business and sport sectors. The experience of witnessing first-hand the impact of chaplains in the workplace has convinced me of the importance and effectiveness of chaplaincy,  so it is a privilege to serve as a Chaplain at Derby City Council as well as being Principal Chaplain of Derby City Centre Chaplaincy and Workplace Chaplaincy in Derbyshire.